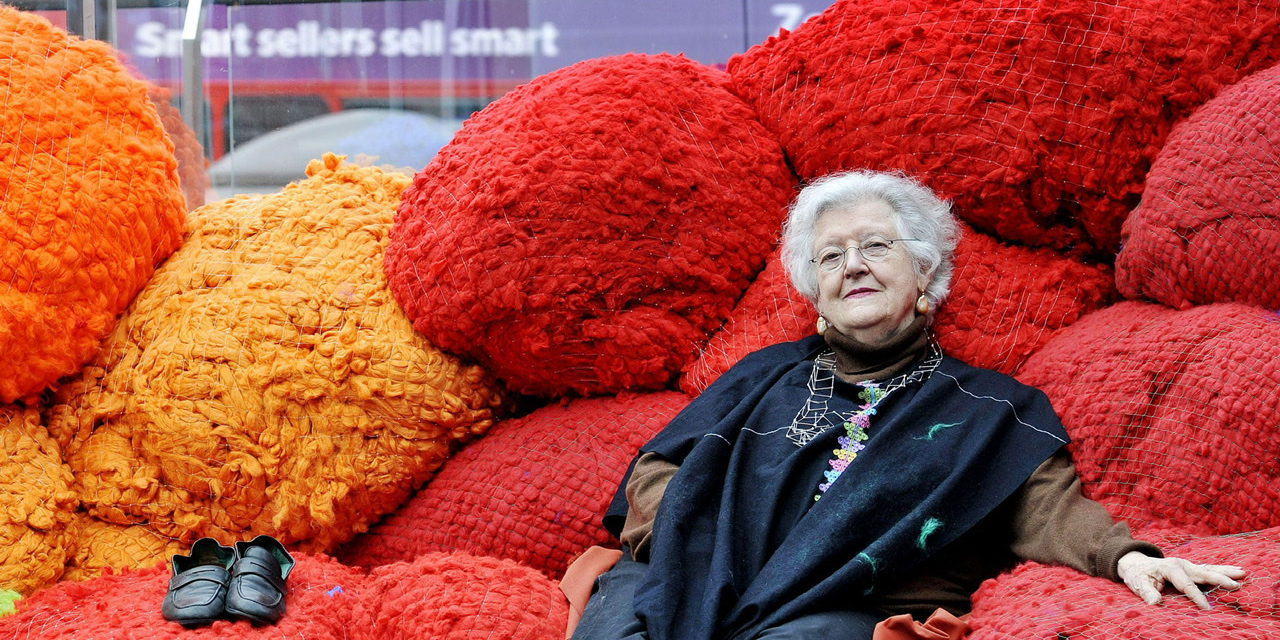 Sheila Hicks was born in Hastings, Nebraska and received her BFA and MFA degrees from Yale University. She received a Fulbright scholarship in 1957-58 to paint in Chile. While in South America she developed her interest in working with fibers. After founding workshops in Mexico, Chile, and South Africa, and working in Morocco and India, she now divides her time between her Paris studio and New York. ​

Hicks has exhibited internationally in both solo and group exhibitions. She was included in the 2017 Venice Biennal, 2014 Whitney Biennial in New York, the 2012 São Paulo Biennial in Brazil. Recent solo presentations include “Lignes de Vie” at the Centre Pompidou in Paris in 2018, Free Threads 1954-2017 Museo Amparo, Mexico,”Pêcher dans La Rivière” at the Alison Jacques Gallery, London (2013); A major retrospective Sheila Hicks: 50 Years debuted at the Addison Gallery of American Art and traveled to the Institute of Contemporary Art, Philadelphia and the Mint Museum, Charlotte, NC.

Personally I love her use of colors, texture and the big size in her work. She had an exhibition last year in Chile, sadly I couldn’t travel to visit it. I hope you get inspired for her amazing work.