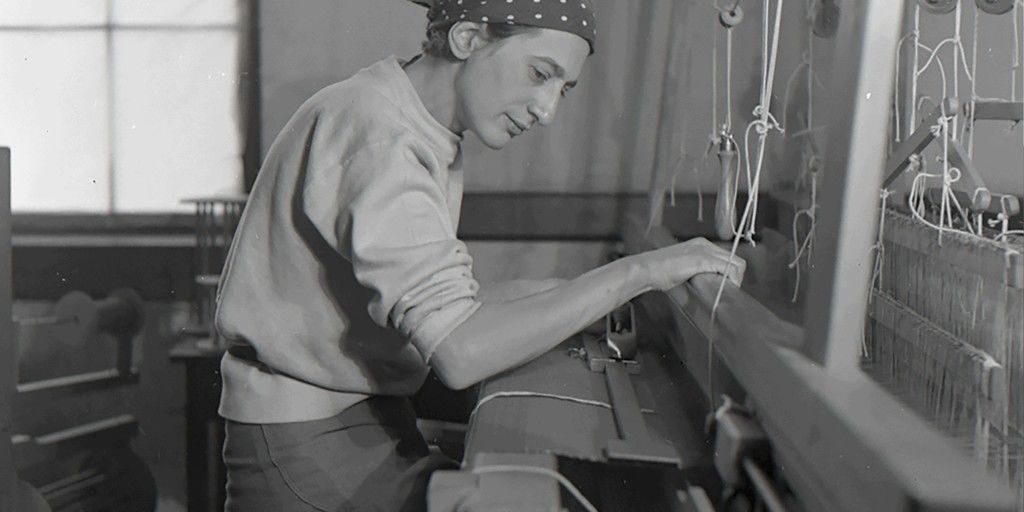 Annelise Elsa Frieda Fleischmann was born on June 12, 1899 in Berlin and grew up in a bourgeois family — her German-Jewish mother was a member of the Ullstein publishing family, while her father was a partner in a Berlin furniture and interior decorating business. Having started with private art lessons during school, Anni had at first wanted to be a painter and did everything to ensure that the textiles and wall hangings she designed for buildings and interiors had the same artistic worth as paintings.
Albers became one of the most innovative textile artists of the time, transforming ancient weaving techniques via the modern design language typical of the Bauhaus. She explored and expanded the possibilities of weaving through experiments that created objects designed to hang like abstract paintings on the wall.

Albers was highly impressed and influenced by the expressionist art of Paul Klee when at the Bauhaus, especially his approach to mixing diverse colors into his work — evident in the richly layered gouache and watercolor designs she also produced during her career.
Such innovation allowed Albers to become a teacher in the male-dominated Bauhaus school, a distinction she shared with other women like Gunta Stölzl, Otti Berger, Lilly Reich and Karla Grosch.

In 1949, Anni Albers became the first designer to be given a solo show at New York’s Museum of Modern Art.